Airdrie, Alberta map can be ordered in high-quality print of your selection in the orientation, size & paper, laminated or matt plastic finish of your choice. The map is available a scale of 1:11,000 in 24 x 36 inches and portrait orientation.You can also customize the map here to center around the area of your interest such as a business location, sales territory in a different scale, size and orientation.

We also offer a premium version of this Airdrie, Alberta Map using TomTom's map data starting at $39.99. If you have any questions, we will be happy to answer over the phone (866) 525-2298 or write to us
This map is available in 36 x 48 in. Please select a finish of your choice
Please wait, adding to your cart
Please wait, initializing the product
Add to Compare 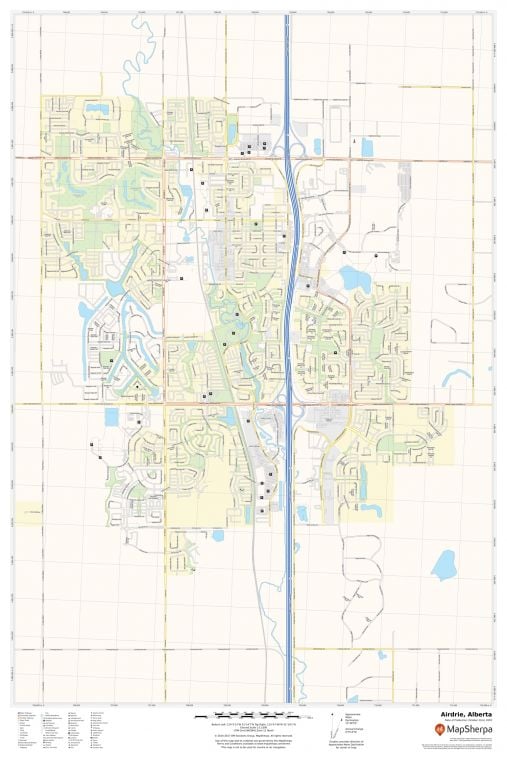 This Airdrie city map is a multi-scale product, you can search for places, locate them on the map and define the area to be printed. The map of Airdrie streets is ideal for the business owner who needs local or regional road network information about Airdrie, Alberta. Full street labelling, block numbers and street direction along with proper place names, buildings and landmarks like major roads, ferry routes, railroads, airports, cities, townships, government offices, post offices, museums, schools, convention and recreation centres along with embassies, cemeteries, military bases and golf courses and other infrastructures such as hospitals, shopping malls, exhibition centres, industrial complexes and other business-centric features are easily identifiable on this Airdrie neighbourhood map. 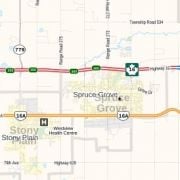 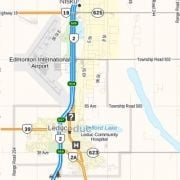