Vancouver neighborhood map coverage ranges west along the Fraser River from Agassiz to the Strait of Georgia. This is a customizable map where you can select your desired orientation, size, title, and material. You can choose finishing options from lamination, matte plastic, and paper.

The Vancouver BC map, showing Agassiz is a custom product that offers customization features like choosing your desired orientation, size, title, and material. You can choose finishing options that includes lamination, matte plastic, matte plastic with rails, and paper.

Vancouver is a coastal seaport city in western Canada, located in the Lower Mainland region of British Columbia and lies on the Burrard Peninsula and comes between Burrard Inlet to the north and the Fraser River to the south. It is the most ethnically and linguistically diverse cities in Canada. It is consistently named as one of the top five worldwide cities for livability and quality of life and is also classed as a Beta global city.

The city derived its name from George Vancouver, who explored the inner harbour of Burrard Inlet in 1792 and gave various British names. The explorer’s ancestors came to England from Coevorden, which is the origin of the name that eventually became ‘Vancouver’.

The map shows Agassiz, British Columbia, which is a small community located in the Eastern Fraser Valley region of British Columbia, Canada. It is located about 97 kilometers east of Vancouver and immediately north of the city of Chilliwack. It is the only town within the jurisdiction of the District Municipality of Kent, which contains the majority of Kent's population.

It publishes printed map products covering cities across North America for the retail market through the Route Master Map Corporation and also helps in any aspect of custom, multimedia, or internet mapping. 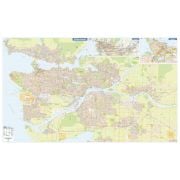 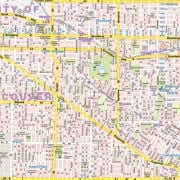 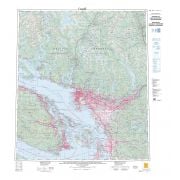 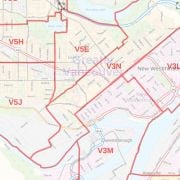