This detailed Indonesia map shows the political and physical features of the country and its surrounding areas. You can easily locate all major cities, including the capital city, Jakarta with provincial boundaries and water bodies. Relief shading and different colors used throughout the map makes it an ideal wall decor. You can gift this map to a map lover or an Indonesian expatriates.
This map is available in 48 x 36 in. Please select a finish of your choice
Please wait, adding to your cart
Please wait, initializing the product
Add to Compare 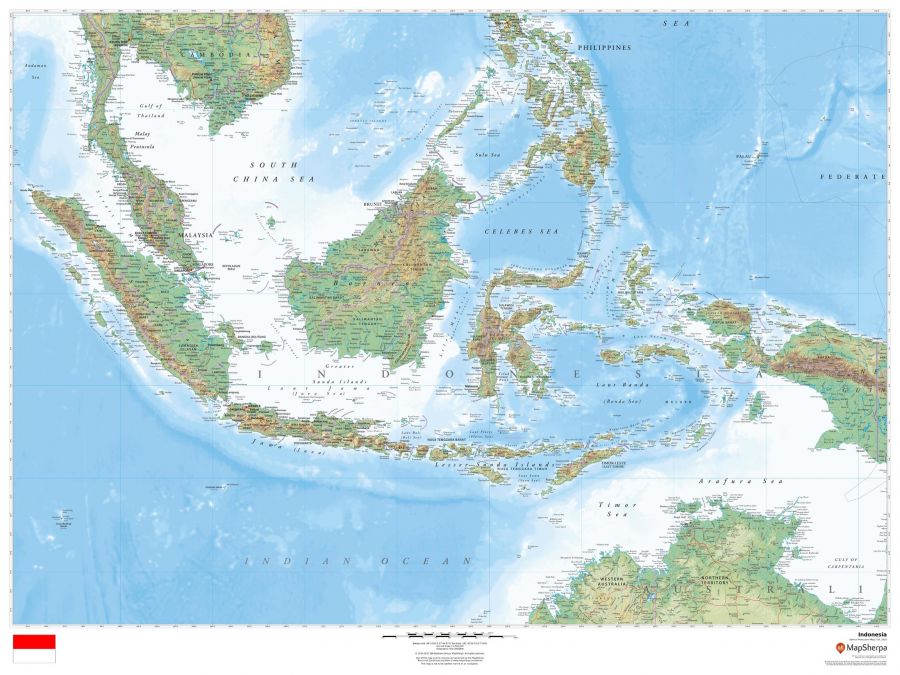 Published by MapSherpa, this beautiful Indonesia map shows the physical and political features of the country and also covers the surrounding areas. Relief shading and the use of different colors by height above sea level are also represented on the map. The map is composed of brilliant colors and all the key political details are represented on the map with precision. This Indonesia map can be ordered in a selection of finishes like paper, matte plastic & lamination.

Indonesia is the world's largest island country that has more than seventeen thousand islands. The sovereign state is a presidential, constitutional republic with an elected parliament. It has a mixed economy with both the private sector and government sector playing significant roles. The services are the economy's largest sector and account for 43.6% of GDP, followed by industry (39.3%) and agriculture (13.1%). 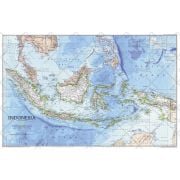 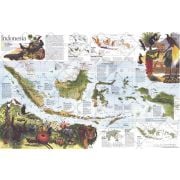 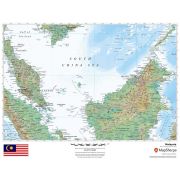 Malaysia
Price from $25.99
Add to Compare