This detailed map of Iran shows hundreds of place names, accurate political boundaries, national parks, archeological sites, and major infrastructure networks such as roads, canals, ferry routes, and railroads. The bordering countries of Syria, Uzbekistan, United Arab Emirates, Oman, Kuwait, and Saudi Arabia are also visible on the map. You can use this high-quality map for various businesses and referential uses.
This map is available in 30.25 x 23.5 inches. Please select a finish of your choice
Please wait, adding to your cart
Please wait, initializing the product
Add to Compare 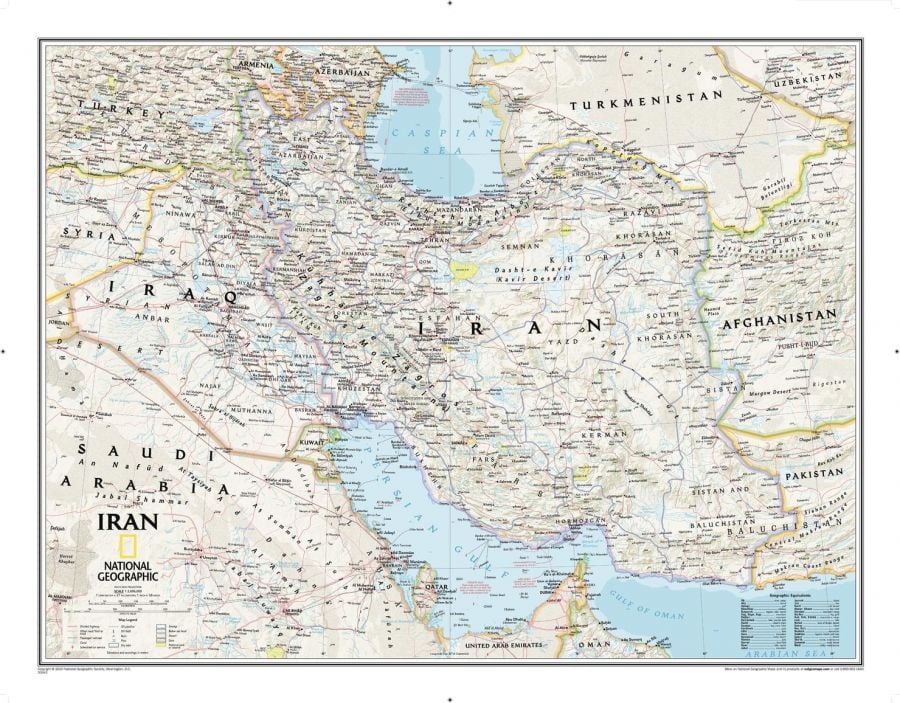 The diverse terrain of the country is depicted through accurate shaded relief, coastal bathymetry, and symbolism for water features and other landforms. It has a table of geographic equivalents translated into English that shows elevations of major peaks and depth soundings expressed in meters.

You can also buy maps of all these countries separately from the list below:

5 Major cities in Iran by population are:

You can buy maps of all these cities and customize them around your central location. Click on the name of the city above to view the map. 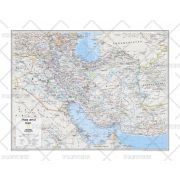 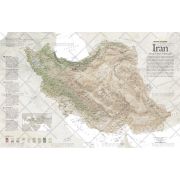 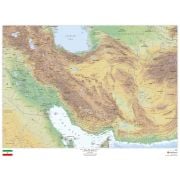 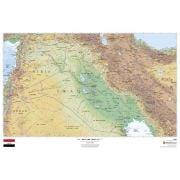