This South Australia map coverage includes an inset with coverage of 150km around Adelaide at a scale of 1: 1 000 000 covering Kangaroo Island, Yorke & Eyre Peninsulas and the Barossa Valley. Comprehensive and easy-to-read, this map will be ideal for both referential and business uses.
This map is available in 27.25 x 36.25 in. Please select a finish of your choice
Please wait, adding to your cart
Please wait, initializing the product
Add to Compare 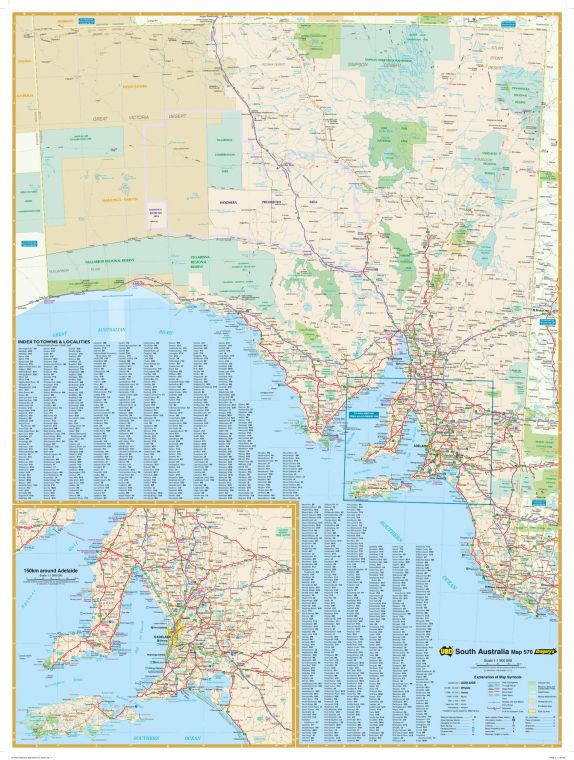 This South Australia map coverage includes an inset with coverage of 150km around Adelaide at a scale of 1: 1 000 000 covering Kangaroo Island, Yorke & Eyre Peninsulas and the Barossa Valley. You can clearly view the dual carriageways, national highways, and other roads, distances between towns, route numbers, towns with an indication of the size of each town and a comprehensive listing of towns, localities & homesteads.

Visitor information centers, deserts, reserves, national & marine parks are also highlighted throughout the map. The detailed information on this map makes it ideal for business and referential purposes. You can mount this map on the walls of your homes, offices, or classrooms.

Lying in the southern central part of Australia, the state of South Australia consists largely of arid and semi-arid rangelands with several low mountain ranges. It shares its boundaries with other Australian mainland states namely Western Australia in the west, Northern Territory in the north, Queensland in the north-east, New South Wales in the east and Victoria in the south-east.

The major industries and exports of the state are wheat, wine, and wool. Its wine regions include Barossa Valley, Clare Valley, McLaren Vale, Coonawarra, the Riverland, and the Adelaide Hills.

The largest cities in the state by population are:

You can buy maps of these cities by clicking on their names above. These city maps are customizable and you can center them around your preferred location. 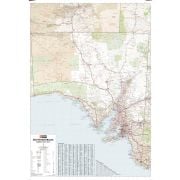 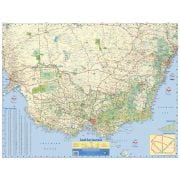 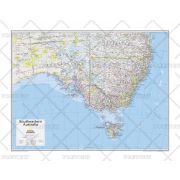 Southeastern Australia - Atlas of the World, 10th Edition
Price from $21.99
Add to Compare