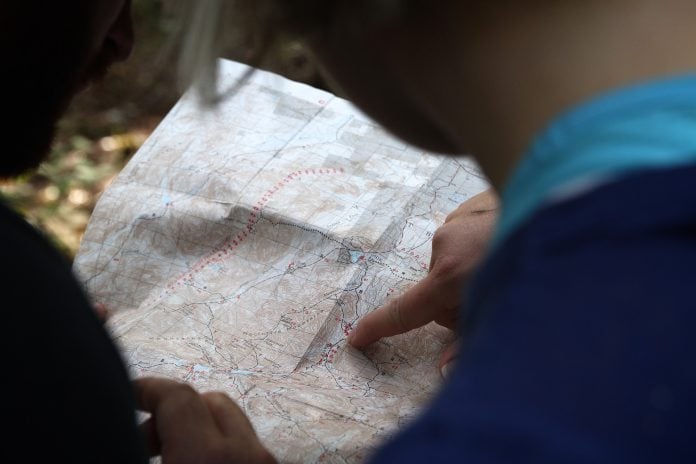 Maps and its study takes us back to when they first came into being. The fascination for the world that we inhabit has several interesting stories revolving around maps and other geographical elements since prehistoric times.

On digging deep into the layers of history, one gets to know about everything that was once a part of the world. For instance, the cave paintings of the ancient times and other art forms excavated from different sources reveal that bones and artifacts were used as tools of representation in the early era.

Furthermore, the surveys and investigations surrounding the world divulge stories that indicate maps as artistic representations which were also used for hunting, traveling and tracing routes of major cities. Here, we will be discussing how representation through maps and the art of cartography reveals mapping through the ages.

When it comes to cartography, technology continually played an essential role in order to meet the demands of new generations of map-makers and map-users. Earlier, maps were manually constructed with brushes and parchment; therefore, were varied in quality and limited in distribution. Later with time and advent of magnetic devices, such as the compass and much later, with magnetic storage devices, the creation of far more accurate maps was made possible and one by that time, was able to store and manipulate them digitally. Advances in mechanical devices such as the printing press, quadrant, and vernier, allowed map production for the masses which were far more accurate.

People began learning about cartography and mapping aspects to a greater extent during the Greek civilization. Geographers like Ptolemy, Anaximander, and Eratosthenes tremendously influenced geography with their detailed study of the earth, its habitable areas, climatic conditions and country positions. The Greek geographers began estimating earth’s circumference, resulting in sending a huge impulse to cartographic science. Though today we only have limited indirect references to this work through other authors.

The earliest known map is, therefore, a matter of debate. Neither the term “map” seems well-defined, nor the artifacts are clear. A wall painting that might depict the ancient Anatolian city of Çatalhöyük has been dated to the late 7th millennium BCE. Among the prehistoric alpine rock carvings of Mount Bego and Valcamonica dated to the 4th millennium BCE, geometric patterns consisting of dotted rectangles and lines are widely interpreted in archaeological literature as a depiction of cultivated plots. Though as per records, the oldest surviving world maps are from the 9th century BCE Babylonia.

Arthur H. Robinson, an American cartographer influential in thematic cartography, once said that a map not designed as per the set parameters will be a cartographic failure and also claimed that map making and designing is a complex procedure. Robinson codified the mapmaker’s understanding by saying that a map must be designed foremost with consideration to the audience and its needs. A well-designed map implies authenticity and can engage a reader regardless of time and age.

Trading and commerce enormously increased post the industrial revolution. There was also a rise in middle-class status who began affording luxuries of books and travel. Geographers and cartographers, therefore, had to respond to the increasing demand of the middle class, which impulsed to cartography and map-making professionals.

Maps were presented in ways more than one, each one exhibiting a different look. Some were large in size and decorated like a folio of maps. Some were smaller with features highlighted to give importance to the accuracy of elements and some were purposely meant for decoration. During that time, maps usually became famous either for being particularly beautiful, revolutionary, or historically significant.

With advancement in science and technology, there has been a paradigm shift in cartographic science. But, the future of cartography has certainly become unpredictable. No one is aware of what’s going to happen next. Though google maps and GIS have been revolutionary stones in the field of map making, the essence of cartography still remains engraved as a crucial element in the early pages of world’s geography.