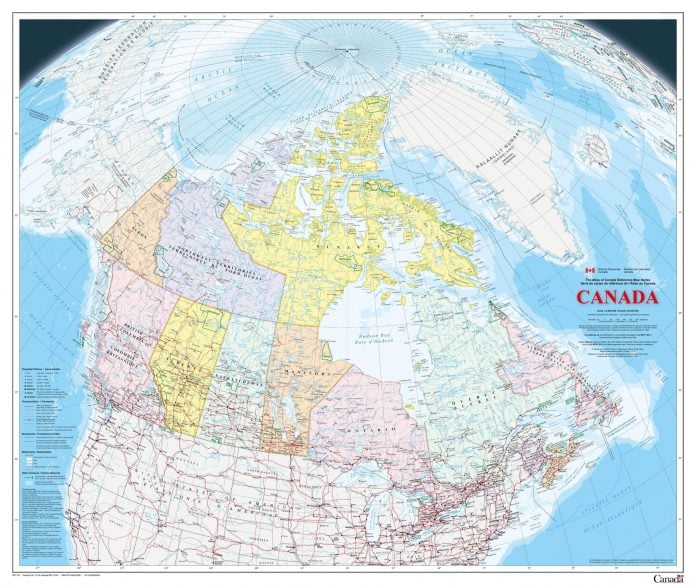 To learn about Canada, its geography and other physical details, knowing the statistics of the country is very essential. So if you’re planning to visit Canada anytime soon, then analyzing maps, reviewing study and survey of the country, its people and economy are very important.

Mapping your way to MapTrove

Finding a desired map of Canada is no more a hassle. Today, you can easily get one for yourself from MapTrove – an online store for world maps and atlases. Different maps of Canada – some highlighting the roads, streets, provinces, cities, while other outlining the regional relief, terrains and different map styles of the country can be found with a single click of your mouse.

With print-on-demand and customization features offered by MapTrove, one can zoom in and out of a map to select the particular area to print. The customization aspect is great as it helps you to get your choicest product. You can then select the framing patterns you need for the map, pick up a size for it, the finishing material by clicking over the product, give it a title and set an orientation for it.

When it comes to the mapping of Canada, you should first know the backdrop of the country, it’s geography, facts about its origin and evolution. Canada is the world’s second-largest country, occupying most of North America. Extending from the Atlantic Ocean to the Pacific Ocean and northward into the Arctic Ocean, Canada shares borders with the United States in the south and in the northwest.

Inhabited first by Aboriginals – the natives of present-day Canada, the country was founded as a union of British colonies and peacefully obtained independence from the United Kingdom in a process spanning from 1867 to 1982.

This second largest country in the world (after Russia), Canada covers an area the United Kingdom could fit into 41 times over. Much of this expanse is sparsely inhabited and the majority of the 35 million Canadians live in its southern half, relatively close to the US border. Like its neighbor to the south, Canada is a spectrum of cultures, a hotchpotch of migrant groups who replaced the continent’s many aboriginal people.

Beginning in the 16th century, the British and French established colonies, the first being the colony of Canada established by France in 1535. As a consequence of various armed conflicts, British North America gained and lost territory until, by the late 18th century, it controlled most of what comprises Canada today.

A map of Canada gives us a closer version of the country’s geography and one can even find a map that highlights other features of the country like the atmosphere currently prevailing in the area, seasonal changes, human activity, distribution of resources, land use and other essential parameters. It tells us about the mountains, Canada’s lakes, plains and the outlines of the Canadian cities, categorized by provinces and territories.