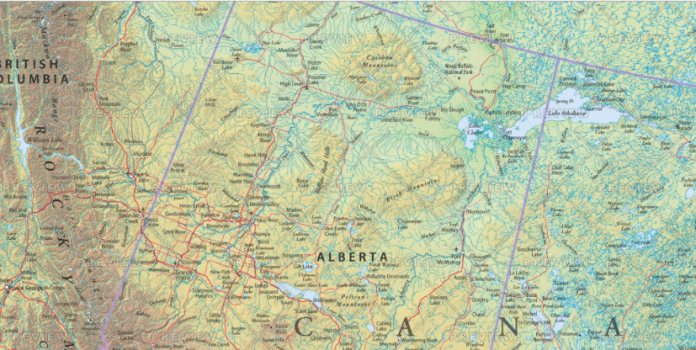 Alberta is a province in Western Canada that has a landscape encompassing majestic mountains, wide-open prairies capped by the beautiful sky, desert badlands and vast coniferous forests. With more than 600 lakes and rich mineral deposits to rolling rivers, Alberta has got it all. Named after Princess Louise Caroline Alberta, the fourth daughter of Queen Victoria. Lake Louise and Mount Alberta were also named in her honor.

Alberta covers an area of about 660,000 square kilometers, which is 250,000 square meter. Alberta with its neighbor Saskatchewan form the districts of the Northwest Territories until they were established as provinces later in 1905. It is the fourth-largest province after Quebec, Ontario and British Columbia.

With its borders shared by the provinces of British Columbia to the west and Saskatchewan to the east, the Northwest Territories to the North, and the U.S state of Montana to the south, Alberta is one of the three Canadian provinces and territories to border only a single U.S State and one of two landlocked provinces.

Edmonton, the capital of Alberta is near the geographic center of the province and is the primary supply and service hub for Canada’s crude oil, the Athabasca oil sands and other northern resource industries.

Edmonton is the capital of Alberta.

The economy of Alberta is recorded as one of the strongest in the world, supported by the burgeoning petroleum industry, education, tourism, finance, and to a lesser extent, agriculture and technology. It is, after all, the sum of all economic activity in Alberta, which is Canada’s fourth-largest province by population.

Alberta’s GDP exceeded that of the United States, Norway, or Switzerland, and was the highest of any province in Canada at C$84, 390. This was 56% higher than the national average of C$53,870 and more than twice that of some of the Atlantic provinces.

After the Summer months, the time is shifted back by 1 hour resulting in the normal 7 hours difference behind GMT.

In Alberta’s central and northern region, the arrival of spring is marked by the early flowering of the prairie crocus anemone; this member of the buttercup family has been recorded as flowering as early as March, through April is the usual month for the general population. Another prairie flora known to flower early are the golden bean and wild rose.

Members of the sunflower family blossom on the prairie in the summer months between July and September. The southern and east central parts of Alberta are covered by short prairie grass, which dries up as summer lengthens, to be replaced by hardy perennials such as the prairie coneflower, fleabane, and sage. Both yellow and white sweet clover can be found throughout the southern and central areas of the province.

About the trees in the parkland region of the province grow in clumps and belts on the hillsides, are largely deciduous, typically aspen, poplar, and willow. Many species of willow and other shrubs grow in virtually any terrain. Whereas, on the north side of the North Saskatchewan River forests prevail for thousands of square kilometers.

About the Fauna found in the region, Alberta is home to many different species of animals. The south and central prairie was the land of the bison, commonly known as buffalo, its grasses providing pasture and breeding ground for millions of buffalo.

Alberta is abode to many large carnivores. The grizzly and black bears found in the mountains and wooded regions are among those found here. Smaller carnivores of the canine and feline families include coyotes, wolves, fox, lynx, bobcat and mountain lion. Herbivorous animals are found in the wooded regions, and pronghorn can be found in the prairies of Southern Alberta.

Bighorn sheep and mountain goats are found in the Rocky Mountains. Rabbits, porcupines, skunks, squirrels and many species of rodents and reptiles liver in every corner of the province. Alberta is home to only one kind of venomous snake, the prairie rattlesnake.

The western province of Canada has an estimated population of 4, 067, 175 as per 2016 census. It is also considered as Canada’s fourth most populous province and the most populous of Canada’s three prairie provinces.

Since 2000, Alberta’s population has experienced a relatively high growth rate, primarily because of its burgeoning economy. Moreover, the province experienced high birth-rates, high immigration and a high rate of interprovincial migration compared to other provinces between 2003 and 2004.

Alberta celebrates many festivals with the dawn of summers, especially it’s capital Edmonton. The Edmonton Fringe Festival is the world’s second-largest after the Edinburgh Festival. Calgary and Edmonton host plenty of annual festivals and events, including folk music festivals.

The city’s ‘heritage days’ festivals witness participation of over 70 ethnic groups. Besides, in line with the western tradition of rodeo are the cultural artisans that reside and create unique Alberta western heritage crafts.

The Banff Centre hosts a range of festivals and other events including the International Mountain Film Festival. These cultural events in Alberta highlight the cultural diversity of the province.

Alberta has considerable ethnic diversity. In line with the rest of Canada, many immigrants originated from England, Scotland, Ireland, Wales and France, but large numbers also came from other parts of Europe, notably Germany, Ukraine, and Scandinavia.

Alberta has been a popular tourist destination since the early days of the twentieth century, with attractions including outdoor locales for skiing, hiking, and camping, shopping locales, outdoor festivals, professional athletic events, international sporting competitions as well as other eclectic attractions.

The Alberta flag represents the official symbol of the province of Alberta, Canada. In 1968, the provincial legislature authorized the design of a flag, adopting it on 1 June 1968. The proportions of the flag are 1:2, with the provincial shield of arms in the centre of an ultramarine blue background.

English is the predominant language spoken in Alberta. Though because of its multicultural roots, there are many other languages spoken in the region including French, German, Ukrainian, Dutch, and just about everything in between. 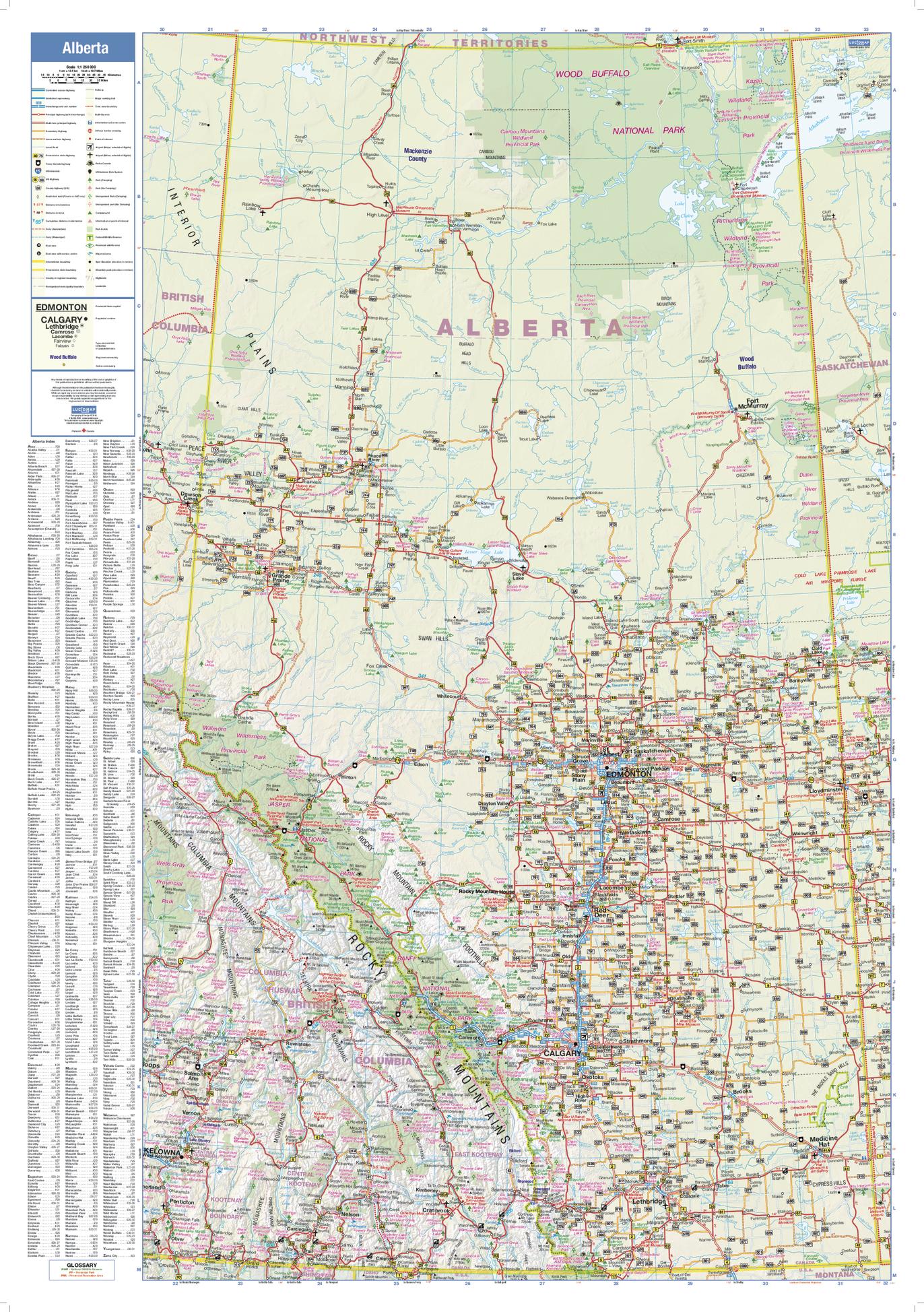 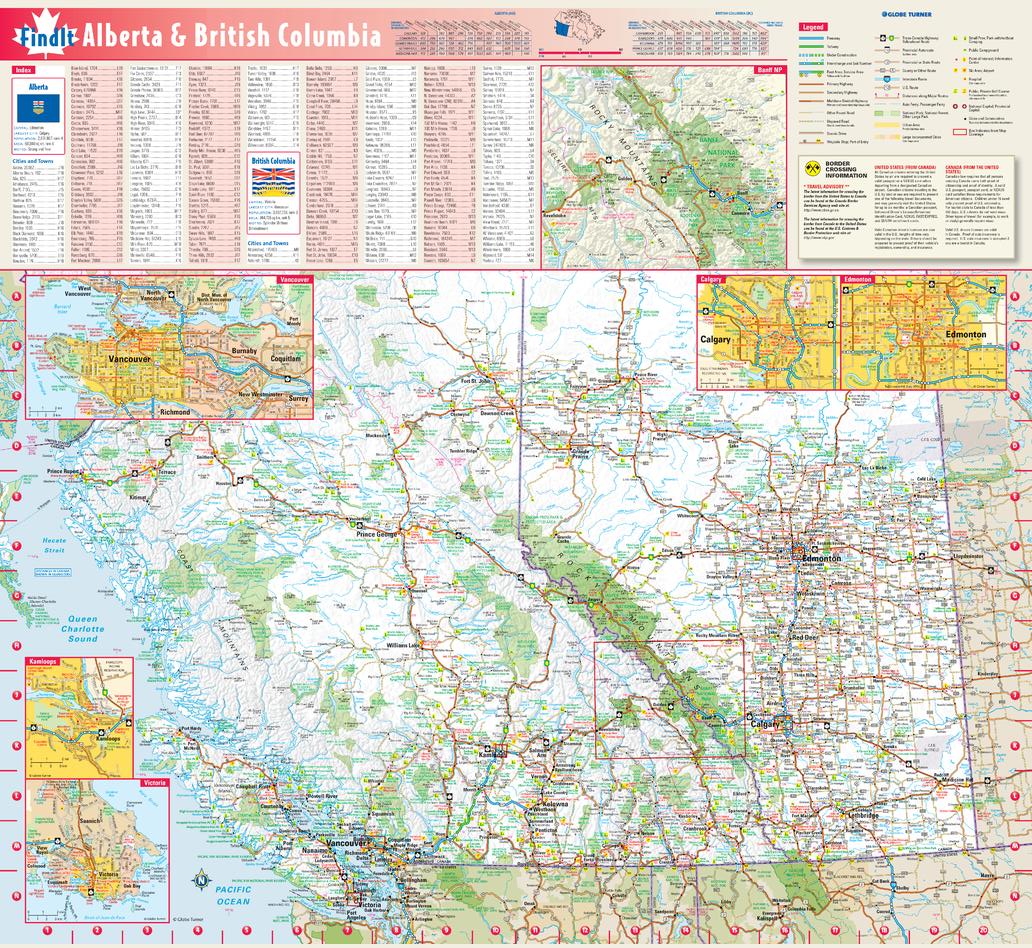