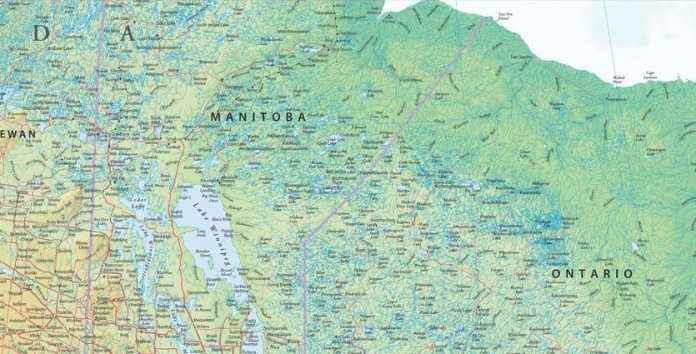 Manitoba is a Canadian prairie province with an area of 649,950 km ² (250,900 sq miles). It has over 110,000 lakes and has a largely continental climate. Manitoba’s capital and largest city, Winnipeg, is Canada’s eighth-largest Census Metropolitan Area and home to 60% of the population of Manitoba.

Manitoba is a Canadian province located at the longitudinal center of Canada. Considered as one of the three prairie provinces, Manitoba covers an area of 649,950 square kilometers including a widely varied landscape, stretching from the northern oceanic coastline to the southern border with the United States. The province is bordered by the provinces of Ontario to the east and Saskatchewan to the west, the territories of Nunavut to the north, and Northwest Territories to the northwest, and the US states of North Dakota and Minnesota to the south.

Manitoba maps available with us, clearly depict all these geographical features of the province.

Winnipeg is the capital city of Manitoba.

Manitoba is known for its moderately strong economy relying on natural resources. The GDP of the province grew around C$50.834 billion in 2008 which was up to 2.4 per cent. But, the growth was stagnant in the consecutive year, 2009.

The economy of Manitoba relies on agriculture, tourism, energy, oil, mining, and forestry where agriculture is found in the southern half of the province. It is also known as the largest producer of sunflower seed and dry beans in the nation and one of the leading sources of potatoes. One of the largest oat mills in the world also has a plant in the municipality.

The province’s largest employers are government institutions. It also has large manufacturing and tourism sectors.

Like most provinces in Canada, the Daylight Saving Time is observed in Manitoba, where time is shifted forward by 1 hour, resulting in a 5-hour difference to Greenwich Mean Time ( GMT-5 ).

After the Summer months, the time is shifted back by 1 hour resulting in the normal 6 hours difference to GMT.

Manitoban culture encompasses the artistic elements that represent Manitoba. Manitoba’s culture is influenced by both traditional and modern Canadian artistic values. From arts, culture, music, theatre, architecture, literature and museums – Manitoba is the center of all the disciplines.

Manitoba has some of the notable architectural sites and locations, as recognized by the federal government as National Historic Sites. Among the most notable of these is The Forks in Winnipeg downtown. The province also focuses on promoting visual Manitoban and Canadian arts by organizing exhibitions in art galleries.

Manitoba’s traditional music has strong roots in Metis and Aboriginal culture. It also has a strong classical and popular music traditions. The Royal Winnipeg Ballet, based in Winnipeg is Canada’s oldest and the longest continuously operating ballet company in North America.

The theatre, film and television culture has a strong influence all over the world. Several prominent Canadian films have been produced in Manitoba and many of Manitoba’s authors have received national and international recognition for their work. The Manitoba Museum is the largest museum in Manitoba that focuses on Manitoban heritage from prehistory to the 1920s and houses a planetarium and science center.

As per 2011 census, Manitoba had a population of 1, 208, 268, more than half of which is in the Winnipeg Capital Region. Manitoba is the only Canadian province with over fifty-five per cent of its population located in a single city.

Manitoba is located in the center of the North American continent which makes its climate extreme. The degree of temperature and precipitation falls from south to north. Precipitation also decreases from east to west. The Canadian province is exposed to numerous weather systems since it is far removed from the moderating influences of both mountain ranges and large water bodies.

Generally, Manitoba is considered a sunny province. Moreover, it was also ranked first for clearest skies year-round. Southern Manitoba has a fairly long frost-free season and it is also prone to high humidity in the summer months. The northern sections of the province come in the subarctic climate zone and feature long and extremely cold winters, warm summers with little precipitation. Southern Manitoba falls into the humid continental climate zone, so the temperatures are similar to the semi-arid climate zone. When it comes to Southwestern Manitoba, it is closer to the semi-arid interior of Palliser’s Triangle (within Western Canadian Prairie), which makes it drier and more prone to droughts. This area is cold and windy in the winter and summers are generally warm to hot, with low to moderate humidity.

Manitoba’s official languages are English and French. Though French is used for the purposes of the legislature, legislation, and the courts, the Manitoba court does not approve French to be officially recognized for the purpose of the executive branch. Hence, its government is not completely bilingual.

The Manitoba flag is a variation of the Red Ensign which bears the shield of the provincial coat of arms. This flag was approved by the passage of a bill in the Manitoba Legislative Assembly on May 11, 1965, and was officially proclaimed on May 12, 1966. Canadian provincial flag consisting of a red field (background) with the Union Jack in the canton and the provincial coat of arms—a bison and a Cross of St. George—at the fly end; the flag may be described as a defaced Canadian Red Ensign.

Manitoba is one of Canada’s 10 provinces, and the easternmost of the Prairie Provinces. It was officially recognized by the Government in 1870 as separate from the Northwest Territories and became the first province created from the Territories. 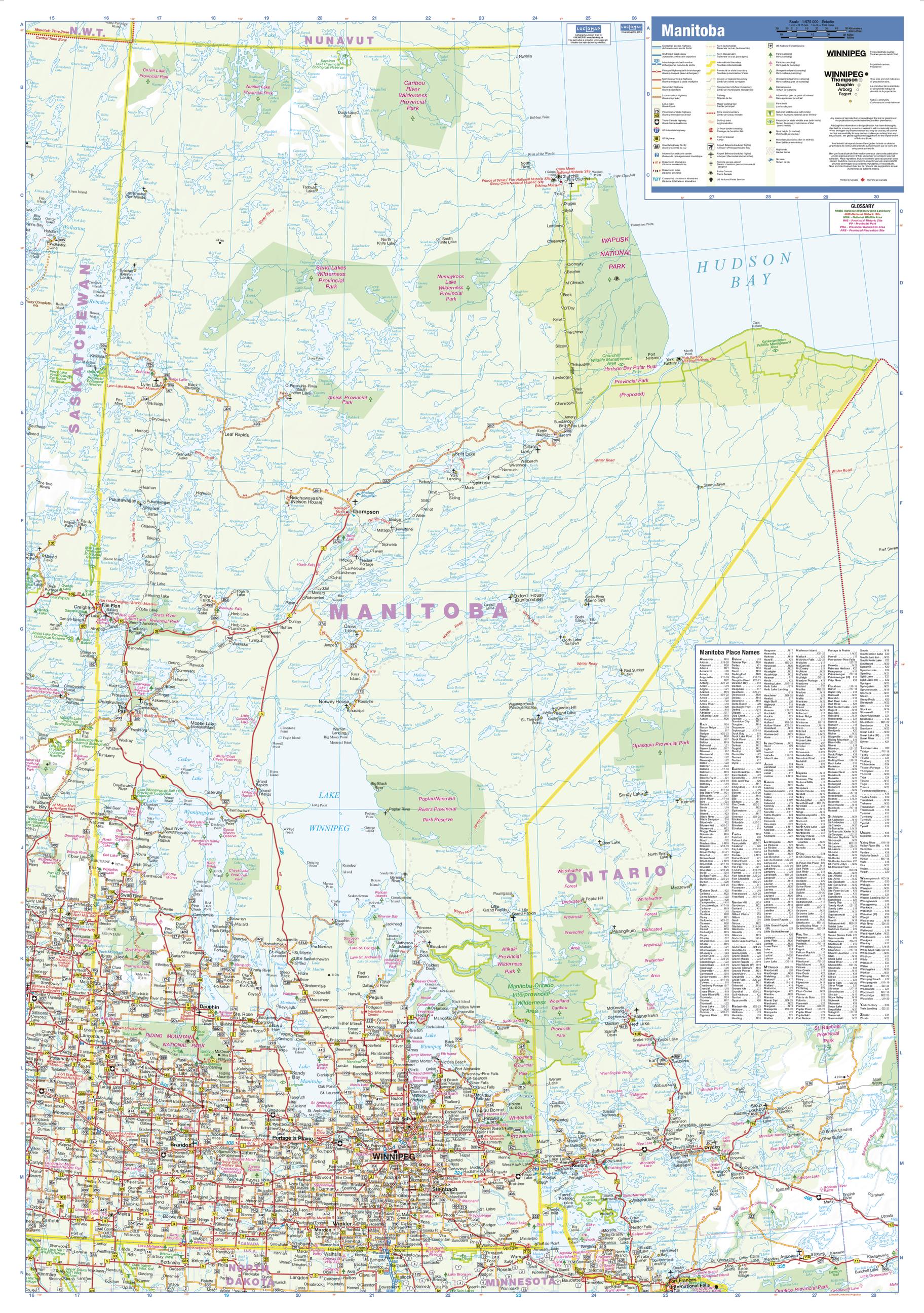