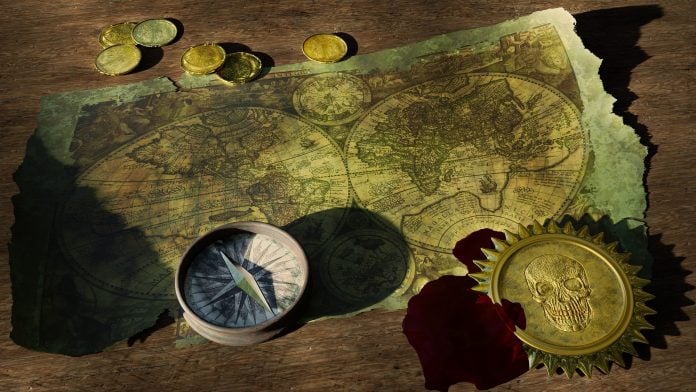 The earliest known world map is the Babylonian Map of the world known as the Imago Mundi. This map dates back to the 5th century BC and is designed from the perspective of the Babylonians.  This map was formed out of a clay tablet and was found north of the ancient city of Babylon, in southern Iraq in 1899, on the fertile east bank of the Euphrates River.

Much like other civilizations, Babylon was the center of life for thousands of people who lived near the city. Their perspective and ideas about the world around them can be seen on this tiny tablet. There are seven cities surrounding the city of Babylon that represent bodies of water possibly located near Babylon. The cuneiform writing at the top of the tablet labels each location; the water parameters on the map are labeled as a salt sea and a river of bitter water. This map is sometimes taken as a serious example of ancient geography, although the places are shown in their approximately correct positions, the real purpose of the map is to explain the Babylonian view of the mythological world.

Locations on the map are mountains, a swamp, a canal, three unnamed cities, the cities of Urartu, Assyria, Der, Elam, Bit-Yakin, Habban, Babylon and an unknown location. Parallel lines below the marked city of Babylon are thought to represent the southern marshes of present-day Iraq and another curved line, the Zagros Mountains which would have been visible close to the city.

Another feature of the map visible in the cuneiform inscription is that it is actually a copy of an even older map of the region, one which has been lost to time and memory. The unique perspective of the map, even as a copy of an older creation, shows not only how Babylonians saw the world around them, but the mythical heavenly realm as well. The islands surrounding Babylon and the known regions around it do not exist in the physical realm. They are thought to be a mythical representation of the connection between the earth and the heavens. The reverse side of the tablet shows a depiction of the stars with recognizable constellations corresponding to our modern understanding of the zodiac.

This fusion of the heavens and the earth, the realities of life around them and the accurate charting of the universe above them caused the Babylonians to create the earliest known world map still in existence today.