The Map of Kentucky is a simplified graphic representation of cities and urban space of the state. It shares information on location of towns and cities, state boundaries, highways and state roads. State capital Frankfort, Bowling Green, Lexington, Louisville and Owensboro are elaborated in insets for easy understanding.

The map is also furnished with a city town index, County index, distance markers, miniature map of the United States pinpointing the placement of Kentucky along with a digitized flag of the State. 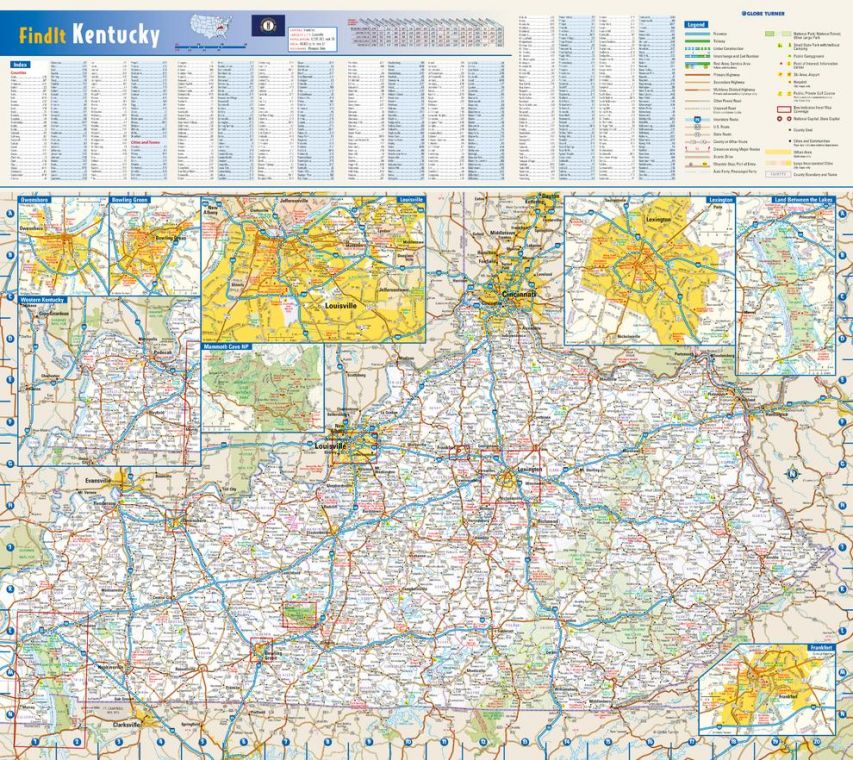 Designed with accuracy using current map data, this Map of Kentucky is a high quality image of the urban layout of the state. Boundaries with other states are identifiable with contrasting contour. It encompasses all primary and secondary cities and towns with highlighted box frames of five important settlements.

The State Capital Frankfort is named in its true location and can be placed easily. National highways, state highways, airports locations, military installation and recreational areas are other details that are included in the map. Five separate inset, elaborates the city layout of Frankfort, Bowling Green, Lexington, Louisville and Owensboro. The physical landscape is depicted with attractive imagery and variation in color.

The Appalachian mountain range and significant water bodies like the Mississippi river, Ohio River, Kentucky River and Tennessee River can be placed at a glance. Other terrain features include, Mountain peaks, forestlands, bluegrass region, national parks and State parks. This Map of Kentucky is a wonderful combination of quality, price and usability perfect for display in classrooms, offices and home.

Kentucky is one of the four states of the USA which is officially termed as the “Commonwealth of Kentucky”. However it is commonly known as the “Bluegrass” state, because of the perennial species of grass which is native to this region.

The map also provides an overview of the state’s topography with prominent markings like the Appalachian in eastern Kentucky and the Bluegrass region in Lexington. Major rivers of the state include Mississippi and Ohio which flows on the western and northern boundary of the state. Rivers that flow within the state like Kentucky River, Tennessee River and Cumberland River are also captioned and can be placed with ease. Other terrain features include forest cover, national park, state parks and lakes.

Kentucky's economy is mainly based on manufacturing, trade, mining and agriculture. The two most populous counties of the state are Jefferson and Fayette. Important inland ports like the Huntington-Tristate which is also the largest inland port of the nation can be placed on the Ohio river. Kentucky has a non-contiguous enclave which is known as the Kentucky bend. This area is completely surrounded by the state of Missouri and Tennessee.

The map is also furnished with a city town index, County index and a distance marker which help locate all primary and secondary towns of Kentucky on the map. 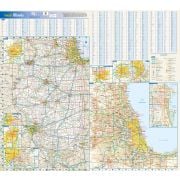 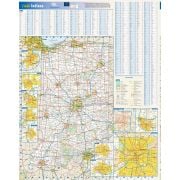 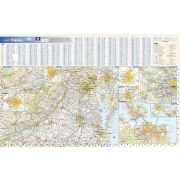 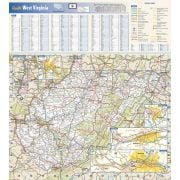