Perfect for homes, offices and schools, this map of New Mexico is modeled in lively colors, depicting the urban layout. The expanse of the State is elaborated with placement of hundreds of cities. State boundaries are clearly differentiated. State capital Santa Fe and some major urban settlements are elaborated in insets.

Highways are numbered and depicted with colored thread margins. The Sangre De Cristo Mountains, Rio Grande River, Pesco River, Canadian River are some prominent physical features of the state. This Map poster is ideal for reference and is available in four different finishes in high quality prints. 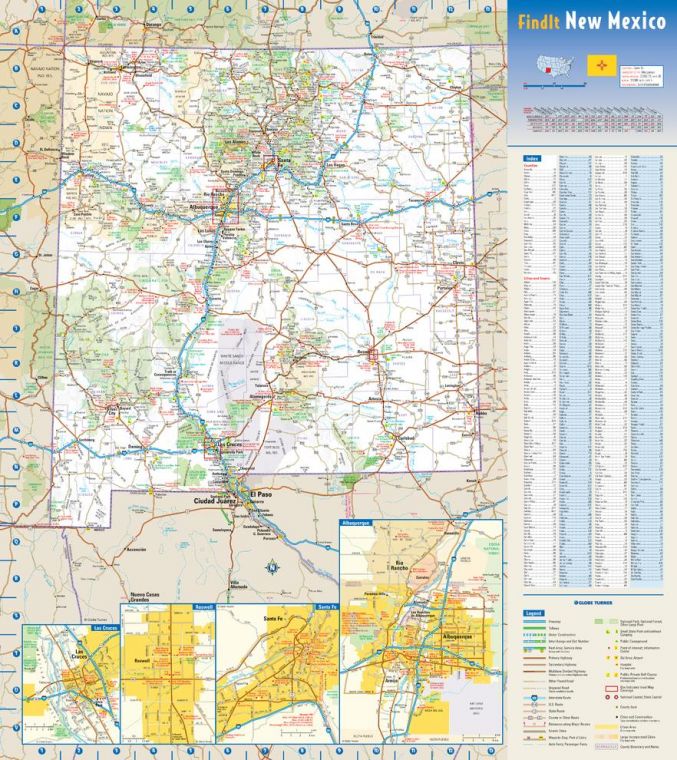 Designed with accuracy using current map data, this New Mexico Map is a high quality image of the urban layout of the state. Boundaries with other states are demarcated with contrasting contour. All primary and secondary cities and towns are named in their true location for easy understanding.

Highlighted box frames indicate placements of major settlements which are elaborated in separate insets. City insets of Santa Fe, Las Cruces, Roswell and Albuquerque are complete with latest street information and accurate landmark locations. The State Capital Santa Fe is captioned in bold readable fonts and can be placed easily. National highways, state highways, airports, military installation and recreational areas are other details that are included in the map.

The physical landscape is depicted with attractive imagery and variation in color. Mountain ranges, deserts, significant water bodies, mountain peaks, forestlands, national parks and State parks can be placed on the frame with ease. New Mexico is home to many areas protected by the national park system and these areas have been indicated on the map.

Other interesting features of the frame are two elaborate indices, one of cities/ towns and the other showing counties, a useful legend and a driving distance chart and a miniature map of the United States pinpointing the placement of New Mexico along with a digitized flag of the State. This informative and attractive visual display of the State is a great reference tool and can be used resourcefully in schools, homes and offices.

It is one of the Mountain States and shares the Four Corners region with Utah, Colorado, and Arizona. It is the fifth largest state of the US in terms of land area however the sixth least densely populated state of the nation. Capital city Santa Fe is the cultural center of the state and Albuquerque is the largest city. Oil and Gas production along with tourism anchors the state’s economy.

The map feature includes four informative insets of major urban settlements of the state. Each frame is complete with latest street information, military installation, rail routes and airports. Accurate locations of landmarks, notable architecture, historical sites, utility and civic centers are indicated with clarity. Parks and forest areas are easily recognizable in each frame with green patches and specified symbols elaborated in the legend.

The map is furnished with a tabular city/ town index, a county index and a driving distance markers which help locate all primary and secondary towns on the map. 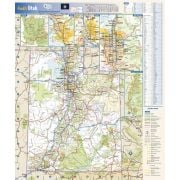 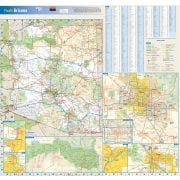 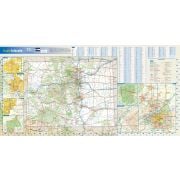 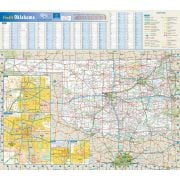 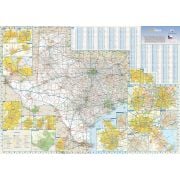