The Map of West Virginia entails the political and physical layout of the state with cartographic excellence. Many towns and cities are marked on the frame Insets of major settlements like state capital Charleston, Wheeling, Huntington, Morgantown and the Northern Panhandle are depicted elaborately with latest street information and landmark locations.

The two main physical regions of the state are the Cumberland Plateau and the Allegheny Plateau.

Other interesting features are, a miniature map of the United States pinpointing the placement of West Virginia along with a digitized state flag. 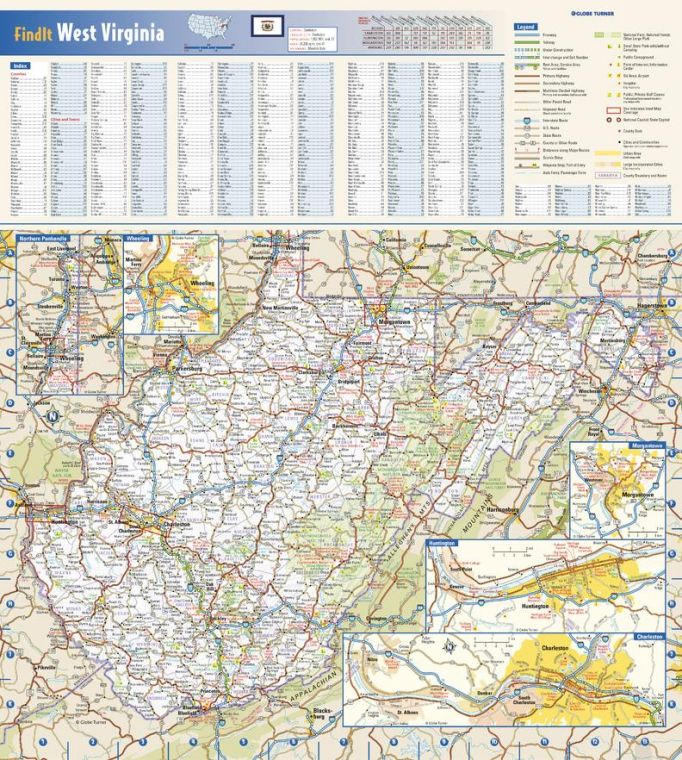 This map is available in 16.5 x 18.5 in. Please select a finish of your choice
Please wait, adding to your cart
Please wait, initializing the product
Add to Compare
Email
Be the first to review this product
Details

The map of West Virginia is a detailed reference map, projecting the urban layout of the state. State capital Charleston and other primary and secondary towns are captioned with readable fonts. Significant physical features are depicted with quality imaging and shade variations. The Plateau region of Cumberland and Allegheny along with the Appalachian mountain and range province can be placed with ease. Boundaries with other states are demarcated with contrasting contour and can be identified in a glance.

National highways, state highways, intersections, other primary and secondary roads, airport location, state parks and national parks are other details that form a part of the frame. Urban settlements like Charleston, Wheeling, Huntington, Morgantown and the Northern Panhandle are depicted elaborately with latest street information and landmark locations. The map frame is also supplemented with a useful legend, a driving distance chart and two useful indices of towns/cities and counties. Designed in a vivid color palette, this West Virginia map makes a perfect display and combines information with style.

Ohio and Shenandoah rivers can be easily placed on the map frame along with boreal forest region, wilderness areas and mesophytic ecoregions. Other terrain features include prominent peaks, lakes, and National/ State parks.

Capital city Charleston is also the largest city of the state. The capital was changed from Wheeling to Charleston twice before it was settled for the latter being more centrally located. Capital city Charleston, Wheeling, Huntington, Morgantown and the Northern Panhandle. Five separate insets elaborate the city layout of Charleston, Wheeling, Huntington, Morgantown and the geographic region of the Northern Panhandle in detail. Their placement on the state canvas is highlighted with red box markings. Military areas, airports, recreational areas, state and interstate highways, major roads and points of interest are the additional urban placements that can be located on each frame.

This creative piece has been designed in a subtle tone and is perfect for cross-reference as well as poster décor. With meticulous detailing this wall map is apt for geographical familiarization in schools, libraries, homes and office spaces. 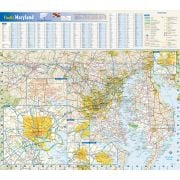