Create custom regional maps in Canada from this series of attractive detailed road maps covering most of the populated areas across Canada. Maps are developed from Lucidmap’s iconic Canadian cartography. Coverage includes southern Ontario west of Cobourg. The northern map limit is around Highway 17, and includes Sudbury and Manitoulin Island. The north-western corner of the coverage contains Sault Ste. Marie. Native scale is 1:250,000.

About the Western Ontario Map

You can now create custom regional maps from this Western Ontario base map of Canada that shows towns, townships, cities, and more. The finely detailed map comes with readable texts used for different places like national reserves, lakes, rivers, stations and major junctions. Coverage includes southern Ontario west of Cobourg. The northern map limit is around Highway 17, and includes Sudbury and Manitoulin Island. The north-western corner of the coverage contains Sault Ste. Marie. The map of Western Ontario Canada is composed on a Native scale of 1:250,000.

One can order this custom map online in the desired size, orientation, finishing option and with a title of one's own. Simply search for an area, locate it over the map, define the print area and crop. One can even preview the final product before buying online.

Regions shown on the Map

Manitoulin Island: It is a Canadian lake island in Lake Huron in the province of Ontario. The island contains a number of lakes of its own. The three most prominent lakes of the island when it comes to ordering in size are Lake Manitou, Lake Kagawong and Lake Mindemoya. Each of these three lakes, in turn, have islands within them. The largest of these is the Lake Mindemoya's 82-acre Treasure Island which is located in the centre of Manitoulin.

Sault Ste. Marie: This is a city on the St. Marys River in Ontario, Canada which is close to the US - Canada border. It is afterall, the third largest city in Northern Ontario after Sudbury and Thunder Bay.

The publishing company deals in map-making services and is one of the eminent names holding the largest Canadian market share. Lucidmap is expanding its cartographic share in several fields including public transit, municipal, corporate, small enterprises and government clients. It also publishes printed map products covering cities across North America for the retail market and also assists in custom, multimedia, and digital mapping. 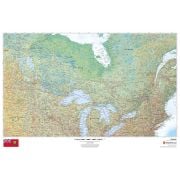 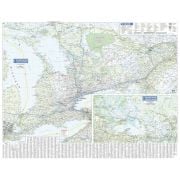 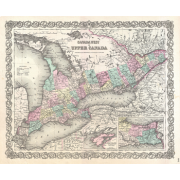 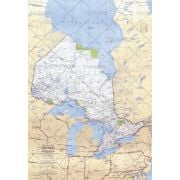