One of our most popular and accurate world maps is now available in our rich, antique-inspired Executive style. Contains up-to-date place names.

The World Explorer Executive uses the Winkel-Tripel Map Projection, which strikes the best balance of accuracy, aesthetics, and proportion, eliminating the issue found in many other maps where Greenland appears larger than South America.

This map is available in 33.75 x 21.75 inches. Please select a finish of your choice
Please wait, adding to your cart
Please wait, initializing the product
Add to Compare 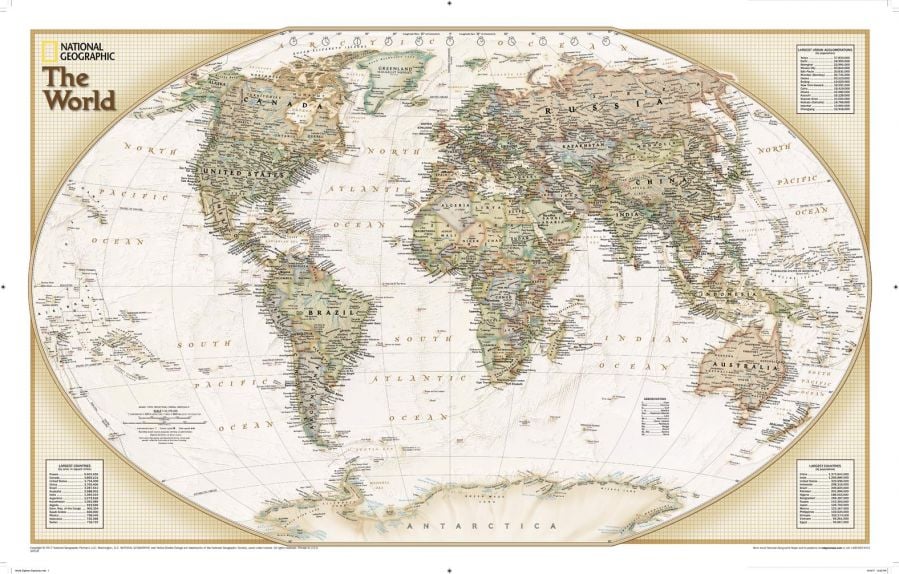 Do you love antique features on walls? Have a look at this vintage World Explorer Executive map that is a perfect addition to the interior of your home or even your workplace! Featured amongst the most popular National Geographic maps, this one is an absolute piece of art with even combination of aesthetics and proportion.

The map is one of the most popular and accurate world maps published by the global publisher National Geographic. This antique world map print is available in rich, antique-inspired Executive style and contains up-to-date place names. The World Explorer Executive uses the Winkel-Tripel Map Projection, which strikes the best balance of accuracy, aesthetics, and proportion, eliminating the issue found in many other maps where Greenland appears larger than South America.

The dated outlook map includes up-to-date political details, rich cartography, time-zone charts, latitude and longitude grids, and three inset tables. Additional information about the world’s largest countries by size and population and the population of the world’s largest urban areas are also represented on the map.

The famous Winkel-Tripel projection is the base of this map. The projection fares against several other projections analyzed against their measures of distortion, ellipticity, and area errors. It is also considered the standard projection for world maps, by National Geographic. Created with a subdued color-palette, the map uses a light background and varied shades of muted undertones to represent countries and administrative boundaries. This world explorer map bears an old mural outlook that lets you discover the world in a whole new way! You can locate Canada, United States, Brazil, Russia, Australia, Indonesia, China, among other countries and know their capitals that are mentioned above them in readable fonts.

Buy this statement map from the selected range of MapTrove products and stir up the interior of your place!

Review the map ahead of buying. The World Explorer Executive Map is available in size 33.75 x 21.75 inches in a range of finishes including paper, matte plastic, matte plastic with rails, and lamination - each of which can ideally be suited for home and office walls.

Why you can buy 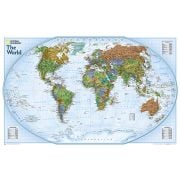 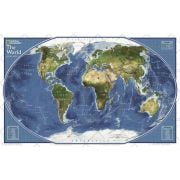 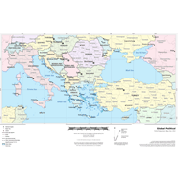 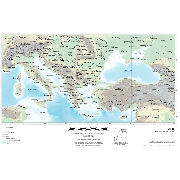