This map of Canada's Ontario province contains a wealth of information. The richest, most populous, and most urban province, Ontario is also a land of uninhabited wilderness and vast mineral wealth. Published in June 1996 as part of the "Making of Canada" series.

This map is available in 27.25 x 20.75 in. Please select a finish of your choice
Please wait, adding to your cart
Please wait, initializing the product
Add to Compare 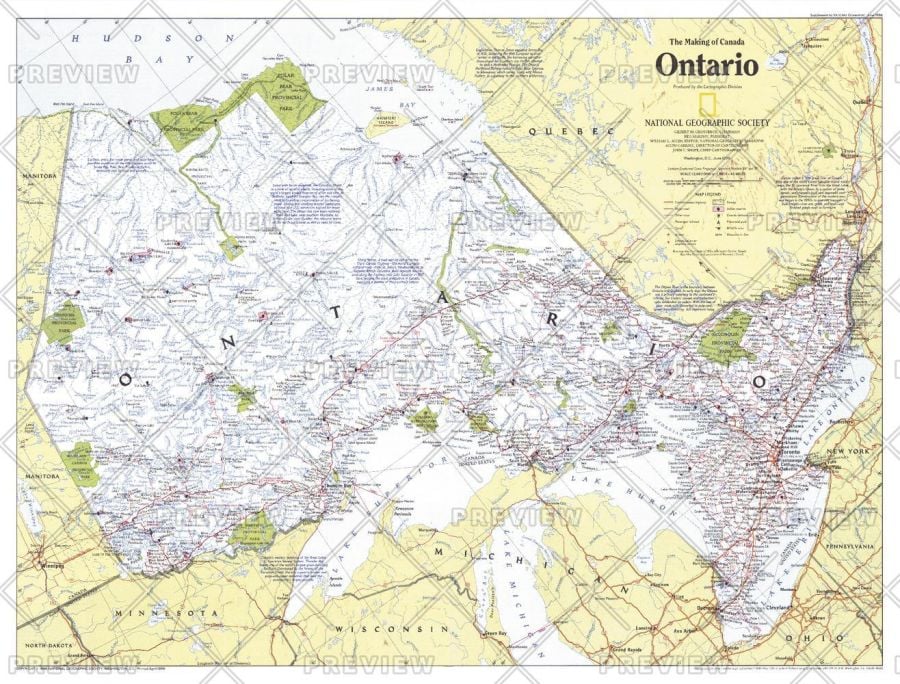 This is an intrinsically detailed map of Ontario Canada province contains a wealth of information. The map highlights terrain area, provincial parks, islands, bays and more. The richest, most populous, and most urban province, Ontario is also a land of uninhabited wilderness and vast mineral wealth. Published in June 1996 as part of the "Making of Canada" series.

The map shows US cities like Minnesota, Wisconsin, Michigan, Ohio, and Canadian provinces Manitoba and Quebec clearly. A brief index given with the map makes it ideal for referential purpose.

Considered to be one of Canada's 13 provinces and territories, Ontario is located in east-central Canada. It is known to be the most populous province of Canada with a population accounting for 38.3 per cent and is also the second-largest province in terms of total area.

Bordered by Manitoba province to the west, Hudson Bay and James Bay to the north, and Quebec to the east and northeast, and to the south by the U.S states of Minnesota, Michigan, Ohio, Pennsylvania, and New York.

National Geographic Maps is a renowned name in the map-making business. The publishing company is responsible for illustrating the world around through art and science of map making. It still continues to stand by the mission of creating the world's best maps, outdoor recreation maps, travel maps, atlases and globes and other map making products. 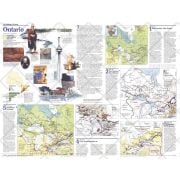 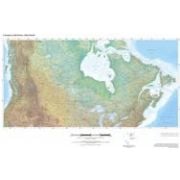 Regional Relief - Canada & Northern US
Price from $24.99
Add to Compare 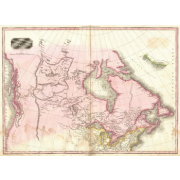 Pinkerton Map of British North America or Canada (1818)
Price from $25.99
Add to Compare 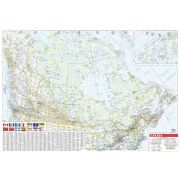 Canada Wall Map with Flags - English and French
Price from $29.95
Add to Compare 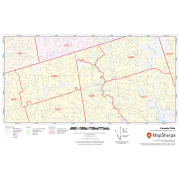