A detailed road map of Australia that shows major road networks along with Outback fuel, distances and major national parks. Climate zones are colored to easily show the variances in temperature and rainfall across the country. This map is an ideal gift for Australians or people who work in the country.
This map is available in 40 x 35.25 in. Please select a finish of your choice
Please wait, adding to your cart
Please wait, initializing the product
Add to Compare 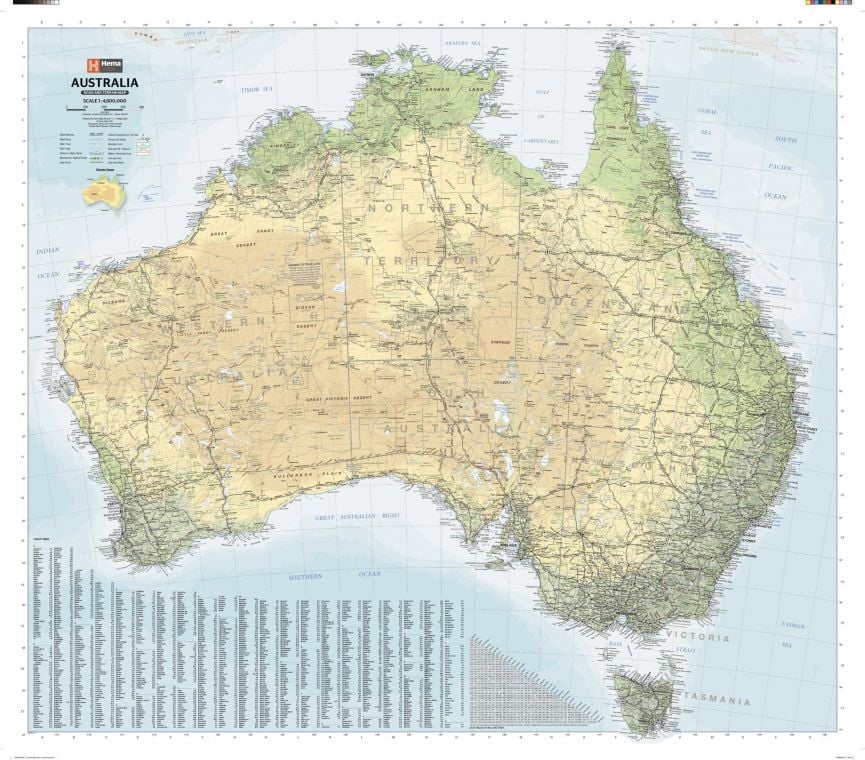 This detailed road map of Australia gives out all the road network information you need about the country. It highlights the major road networks along with Outback fuel, distances and major national parks. Climate zones are colored throughout the map to show the variances in temperature and rainfall in the country.

You can buy this high-quality map in a selection of finishing materials like paper, matte plastic, and lamination.

In the country, different standards of roads are generally called by different names. But the name of a road does not reflect the construction or capacity of a particular road.

Also, all the roads mentioned below are visible on the map.

Freeways are designed for higher speed operations and have more than one lane of traffic in each direction. They have barriers to separate traffic traveling in opposite directions. Motorways and tollways are some toll roads that avoid perceived difficulties with charging people to use a freeway.

Victoria, the smallest mainland state in the country has the most extensive major arterial (freeway) network including tollways.

The Australian national highway network links the capital cities of each state and other major cities and towns. It is financed by the Australian Federal Government with the bulk of funding coming from the individual states.

Many other highways and roads include Metroads, National Routes, State Routes and routes numbered according to the Alphanumeric Route Numbering System.

All other small roads are maintained by local governments and connected with rural areas and streets in towns and suburbs. They generally have a 50 km/h speed limit and are illuminated at night by street lighting. 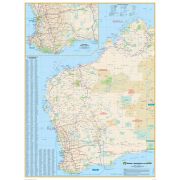 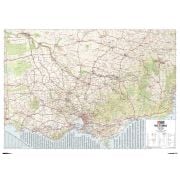