Create custom street using the base map of Southern Ontario towns centred on your business, home or other key point of interest. Maps are developed from Lucidmap’s iconic Canadian street mapping cartography. Coverage includes most of the City of Hamilton. The northern limits of the coverage area include Freelton, Carlisle, Waterdown, Burlington Beach, down along Lake Ontario to the Town of Lincoln.

This map of Southern Ontario showing cities is developed from Lucidmap’s iconic Canadian street mapping cartography. Coverage includes most of the Hamilton City. The northern limits of the coverage area include Freelton, Carlisle, Waterdown, Burlington Beach, down along Lake Ontario to the Town of Lincoln.

This customizable map of Southern Ontario is a multi-scale product that uses: Maximum Print Scale (Native Scale) - 1:12,500, Minimum Print Scale - 1:37,000, and Optimal Print Scale - 1:25,000. The map can be zoomed to a level to locate important points including recreational centers, parks, churches, municipalities, regions, towns, cities, and more. You can even search for the desired place, locate them over the map, crop the area, preview and order the map online.

Maps can be ordered in different orientations, sizes, and finishing materials that include paper, matte plastic, and lamination. You can add a title to your map and use it for easy reference.

The port city in the Canadian province of Ontario is an industrial hub in the Golden Horseshoe region at the west end of Lake Ontario. The new Hamilton city was formed through the amalgamation of the former city and the other constituent lower-tier municipalities of the Regional Municipality of Hamilton-Wentworth with the upper-tier regional government. The metropolitan area has been listed as the ninth largest in Canada and the third largest in Ontario.

Waterdown: Waterdown is a community in Canada which since 2001 has been a community of Hamilton, Ontario. The dissolved municipality was created from the part of East Flamborough Township on the edge of the Niagara Escarpment, just east of the junction of King's Highways Nos. 5 and 6, traditionally known as Clappison's Corners.

Greensville: Greensville is a community in Flamborough, Hamilton in the Canadian province of Ontario.

Mount Hope: Mount Hope is a neighborhood and former town in Hamilton, Ontario, Canada. The town center of the community is considered to be at the intersection of Airport Road and Homestead Drive.

Caledonia: Caledonia was once a small strip of land between Seneca and Oneida villages. This small town is situated on the Grand River in Haldimand County, Ontario, Canada.

Binbrook: The community in southeastern Hamilton, Ontario, in Canada, was amalgamated into the city of Hamilton in 2001.

The map of Southern Ontario cities and towns is published by Lucidmap - the publishing house has its headquarters in Toronto, Ontario. Their expert team works with experienced cartographers. Graphic designers and GIS specialists. Presently, Lucidmap contributes to the Canadian market share with its huge collection of Atlas and fold map titles.

Lucidmap publishes printed map products covering cities across North America for the retail market through the Route-Master Map Corporation. It also offers s a wide variety of mapping products in both print and digital formats. One can easily find street and road maps, recreation and cycling maps, atlases, digital and online maps, and smartphone applications as per their convenience. 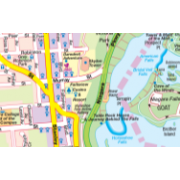 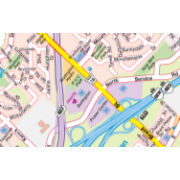 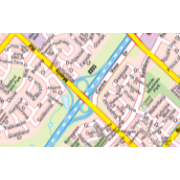 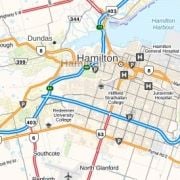 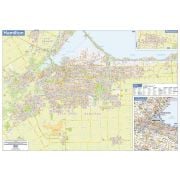