Edmonton, Alberta map can be ordered in high-quality print of your selection in the orientation, size & paper, laminated or matt plastic finish of your choice. The map is available a scale of 1:26,000 in 37 x 49 inches and Portrait orientation.You can also customize the map here to center around the area of your interest such as a business location, sales territory in a different scale, size and orientation. If you have any questions, we will be happy to answer over the phone (866) 525-2298 or write to us
This map is available in 37 x 49 in. Please select a finish of your choice
Please wait, adding to your cart
Please wait, initializing the product
Add to Compare 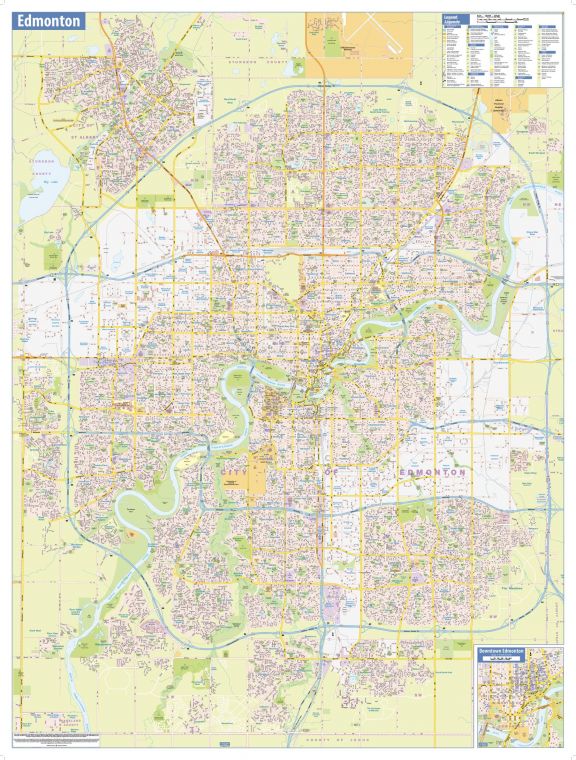 This large Edmonton Canada map features detailed road information including transit details, the location of parks, schools, churches, government buildings, and major landmarks throughout the city. You can also find nearby locale information about major government buildings, recreation centers, shopping joints, food junctions, political boundaries, and interesting points. The map index shows a capsule of all that is being shown on the map.

How to use this Edmonton map?

You might have some specific requirements for this map but some of our customers have used it for referential purposes or to track important road information. They use it to mark points of interest, roads, business service areas and city areas on a large poster. This map can also be used as wall decor in the office and home.

You can add any title to your map and select from various sizes, orientation (portrait and landscape), and finishing materials.

Start creating your own customized map of Edmonton area.

Our orders are processed within 2-3 business days and shipped via Canada Post. Shipping charges for our orders are calculated and displayed at checkout. These will vary from $9.99 to $30.99 depending on the size of the map and your delivery location.

Lucidmap is known worldwide for its iconic Canadian cartography. They work with a supportive team of expert cartographers to create custom street maps. Their design team produces Canada’s most popular street and roadmaps and also deals with an exclusive range of wall maps. Maps are published in a variety of scales, that includes the highly detailed street-level maps of major Canadian cities, to regional scale road maps of Canadian provinces.

Many of these maps are available for Print-On-Demand from MapSherpa’s retail partners. You can find these maps by Lucidmap on MapTrove online map store.

Edmonton is the capital and the second-largest city of Alberta. With a total population of 932,546 in 2016, it is also Canada's fifth-largest municipality. The city is considered as a prime economic center for northern and central Alberta and is a major center for the oil and gas industry.

Traditionally, it has been a hub for Albertan petrochemical industries, earning it the nickname “Oil Capital of Canada” in the 1940s. It is also called “Canada’s Festival City” as it hosts a year-round slate of festivals.

Edmonton is situated on the North Saskatchewan River and is the center of the Edmonton Metropolitan Region, surrounded by Alberta’s central region. It anchors the north end of Calgary-Edmonton Corridor and is North America's northernmost city.

The famous Canadian Rockies lies on the west of Edmonton and about 220 km (140 mi) to the southwest.

You can also find Edmonton’s location on the map of Alberta, Canada.

What are the postal codes for Edmonton, Alberta?

What are the neighborhoods of Edmonton?

The city is divided into 375 neighborhoods within 7 geographic sectors. A mature area sector that includes neighborhoods that were built out before 1970 includes Edmonton's Downtown, Beverly, Jasper Place, North Edmonton, Strathcona, and West Edmonton.

You can shop for a map of Downtown Edmonton or create a customized map of any of the neighborhood or district using our map of Edmonton area. 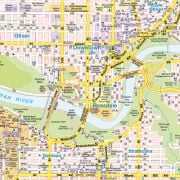 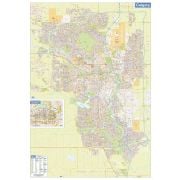