Brooks, Alberta map can be ordered in high-quality print of your selection in the orientation, size & paper, laminated or matt plastic finish of your choice. The map is available a scale of 1:11,000 in 36 x 24 inches and landscape orientation.You can also customize the map here to center around the area of your interest such as a business location, sales territory in a different scale, size and orientation.

We also offer a premium version of this Brooks, Alberta Map using TomTom's map data starting at $39.99. If you have any questions, we will be happy to answer over the phone (866) 525-2298 or write to us
This map is available in 36 x 48 in. Please select a finish of your choice
Please wait, adding to your cart
Please wait, initializing the product
Add to Compare 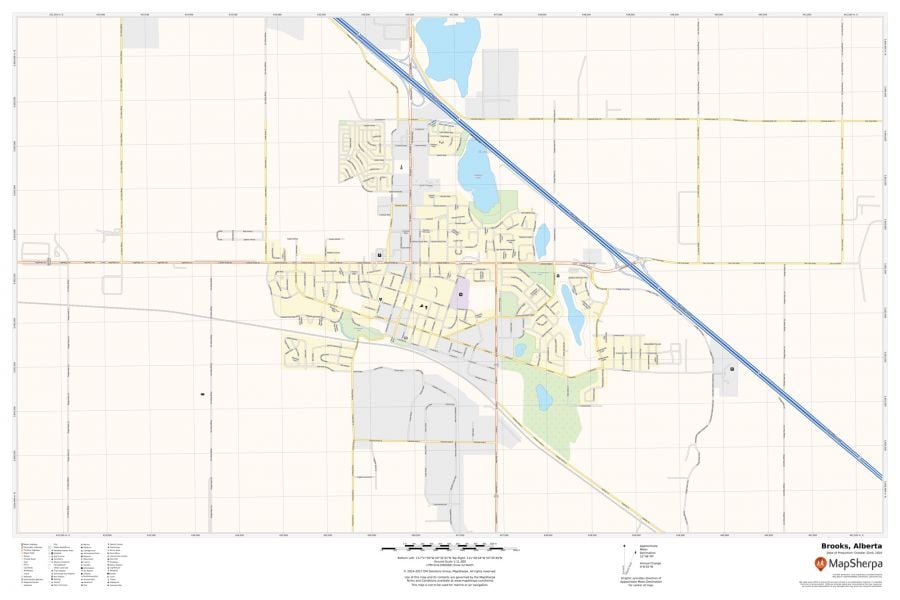 You can buy this map in your choice of size, orientation, and finishing material. The map can also be customized around your preferred location by clicking on 'Close Preview'.

Economy bases of the city are energy (oil and gas) and agriculture, with other sectors including metal manufacturing, food processing, and construction. The second largest beef-processing facility in Canada is also located in Brooks. It is also a retail service center for the surrounding area.

The land of Brooks used to be a bison-hunting ground for the Blackfoot and Crow. The homesteaders started moving into this area for farming after Treaty 7 was signed in 1877. It was incorporated as a village in 1910 and a town in 1911. When the population of Brooks reached 10,093 in 1996 Census, it became eligible for city status. On September 1, 2005, Brooks was incorporated as a city. 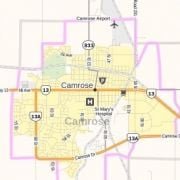 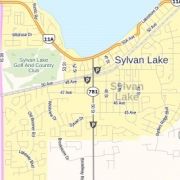 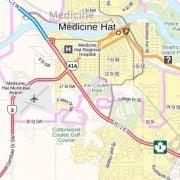