Brampton, Ontario map can be ordered in high-quality print of your selection in the orientation, size & paper, laminated or matt plastic finish of your choice. The map is available the scale of 1:20,000 in 40 x 28 inches and landscape orientation.You can also customize the map here to center around the area of your interest such as a business location, sales territory in a different scale, size and orientation. 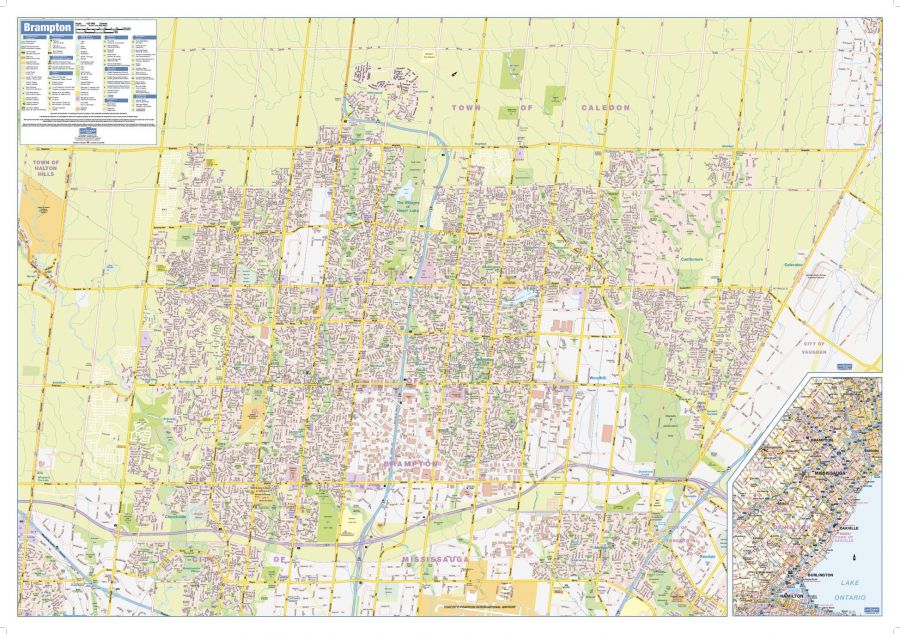 View highly detailed local information about the city on this Brampton map. Full street labelling along with transit information, parks, schools, churches and landmarks throughout the city is displayed.

Brampton is a city in the Canadian province of Ontario. It is a suburban city in the Greater Toronto Area and the seat of Peel Region. It was incorporated as a village in the year 1853 with 50 residents. In 1873, Brampton was subsumed as a town.

Brampton was once known as ‘The Flower Town of Canada’, a title based on its large greenhouse industry. Over the years, it has successfully revitalized its flower town heritage to claim the title of Canada’s flower city. It has also positioned itself as a global economic contender and is home to more than 8,000 businesses. Major business clusters in the city include manufacturing, retail and wholesale trade.

Important Areas and Landmarks in Brampton

There are many important centers and landmarks in Brampton that are worth giving a visit. The Brampton City Hall, Vivian Lane Corridor, Italian Workers Memorial, Lorna Bissell Fountain, Powerade Centre, etc. are some of them.

With a total land area of 265 square kilometers, the city is bordered by Highway 50 to the East, Winston Churchill Boulevard to the West, Mayfield Road to the north and the hydro corridor to the south except at Finch Avenue, as it serves as the border between the two cities. Brampton has numerous lakes and is surrounded by major highway systems.

The Canadian city is the ninth-largest city in Canada and probably the third-largest city in the Greater Toronto Area. According to the Canada 2016 Census, Brampton’s population was about 593,638 which was primarily composed of residents and business set-ups. Today, it has turned out to become a prime location for corporate head offices, factories, warehouses, domestic goods, and services. Its population was largely affected by mass immigration and evidently saw a leap from 10,000 to over 600,000 presently.

The publishing house, Lucidmap is headquartered in Toronto, Ontario. It currently holds the largest Canadian market share of printed map products with hundreds of atlases and folded map titles. They work with a team comprised of some of the best cartographers, graphic designers and GIS specialists in the industry and help in custom, multimedia, and aspects of internet mapping. 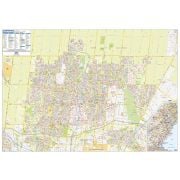 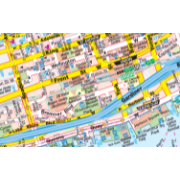 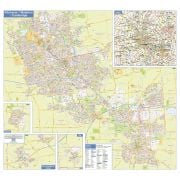