Use the PEI postal code map for quick reference of infrastructures & other street details like interchanges, weigh stations and tolls. Create multiple maps by customizing the base map around the area of your choice. Search for the location on the map, use the zoom buttons and drag arrows to define the print area. This high-quality map labels all the postal codes of the area with clear boundaries. You can use this for tracking down delivery service areas, sales territories, and catchment areas. If you have any questions, reach out to us over the phone (866) 525-2298 or write to us.

The postal code map of PEI shows political boundaries, place names, highways, major parks and conservation areas, and points of interest. The map is ideal for tracking down delivery service areas, sales territories, and catchment areas. You can use this map for quick reference of infrastructures & other street details like interchanges, weigh stations and tolls. Moreover, it also assists in providing up-to-date information & is suitable to create multiple maps from city to county scales or anywhere in between.

Prince Edward Island consists of the Atlantic island of the same name along with several much smaller islands nearby. It is one of the three Maritime Provinces and is the smallest province of Canada in both land area and population. The backbone of their economy is farming. It is referred by several other informal names like "Garden of the Gulf", "Birthplace of Confederation" or "Cradle of Confederation".

Canadian postal codes comprise of six characters and their structure is ANA NAN, where A is alphabet and N is the numerical value. The first segment of the code is known as the 'forward sortation area' (FSA) and is used to identify the geographic location of the address.

The very first character of FSA is the 'postal district', which splits the country into major geographic regions – for example, 'C' is used for all of Prince Edward Island. The second character separates rural and urban regions. The number '0' denotes a rural region whereas the numbers from 1 to 9 represent the urban areas. The third character is used to more precisely describe the geographic area of the address.

Then the second segment is called the 'location delivery unit' (LDU), it represents either a specific address or group of addresses. It can cover an entire city block, all of a high-rise, a small rural community or even a single house. 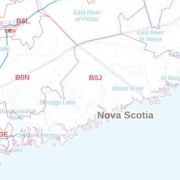 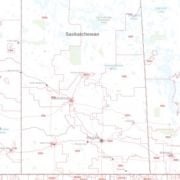 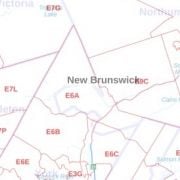