This beautiful map of western Canada provinces shows physical and political features for Western Canada. Relief shading and the use of different colours by height above sea level are both informative and attractive. 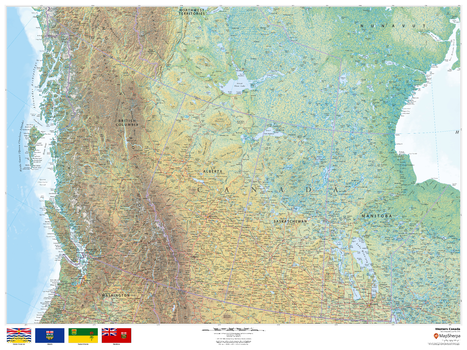 An attractive and informative map of Western Canada highlights the physical and political features of the Western Canada region shown in different colours and defined with distinct borders. The map contains up-to-date name details of the territories, cities, capitals, and show the water-level depth of lakes, and rivers with the use of different colours.

Western Canada is also referred to as the western Canada provinces and more commonly known as the West, is a region of Canada that includes the four provinces of Alberta, British Columbia, Manitoba and Saskatchewan.

Known as the western province of Canada, Alberta is counted as the fourth most populous province and the most populous of Canada’s three prairie provinces. Alberta and its neighbour Saskatchewan were districts of the Northwest Territories until they were established as provinces on September 1, 1905.

British Columbia is the westernmost province of Canada, located between the Pacific Ocean and the Rocky Mountains. It is Canada’s third-most populous province. British Columbia evolved from British possessions that were established in what is now British Columbia by 1871.

Manitoba is a province at the longitudinal centre of Canada, and is often considered one of the three prairie provinces and is Canada’s fifth-populous province. The province is bordered by the provinces of Ontario to the east and Saskatchewan to the west, the territories of Nunavut to the north, and Northwest Territories to the northwest, and the US states of North Dakota and Minnesota to the south.

Saskatchewan is a prairie and boreal province in Western Canada, the only province without natural borders. Bordered by Alberta on the west, by Northwest Territories on the north, by Manitoba on the east, by Nunavut to the northeast, by the U.S states of Montana and North Dakota on the south.

MapSherpa, along with experienced people of the map publishing and retail industry work with the objective of optimizing the entire process of map marketing. The company has opened up new revenue opportunities for partners to regulate sales. The publishing company has built a world-class network of new publishers, new retailers and new delivery systems to internationally grow into a network of mapping companies. 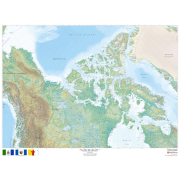 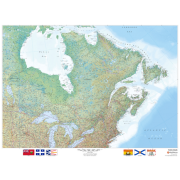 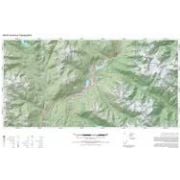 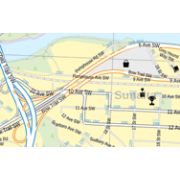 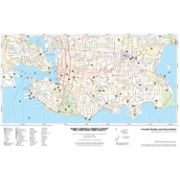 Canada Roads and Recreation Map
Price from $19.99
Add to Compare